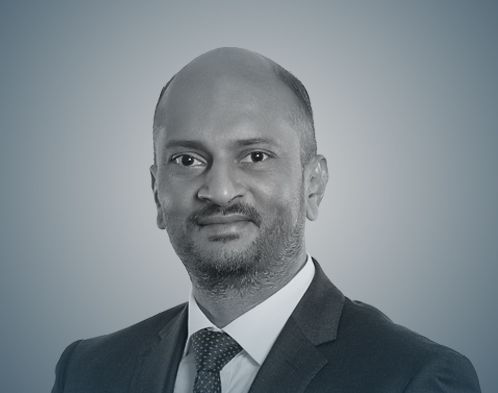 Sudarshan co-founded EMA Partners in India in 2003. He is a member of the EMA Partners’ Executive Management team serving as VP Marketing & APAC Chair. He also leads the Board and CEO practice for the firm in India, and has partnered with clients to deliver several high profile CXO appointments.

Sudarshan is based in Mumbai, and leads the business EMA Partners across India, Singapore and the Middle East. He has more than 20 years of experience in Executive Search, and has led successful domestic and cross-border search assignments for both Indian and multinational corporations across industry sectors and functional disciplines.

Sudarshan is widely networked and recognised as an industry thought leader in India, and his views are often sought by leading business media including The Economic Times of India, The New York Times, CNBC, BBC, Business Today and Bloomberg.

He has written several articles in leading business media across a variety of issues encompassing general management, human resources and academics. He is one of the most recognised voices in the executive search industry in India. He was a member of the jury that selected “India’s hottest young executives” for Business Today for the years 2014 and 2015.

Sudarshan is an engineering graduate from the National Institute of Technology, Kurukshetra.